This morning I woke up after one of my best nights sleep on the entire trip and walked downstairs into the lobby of our bed and breakfast. The meal wasn’t anything to write home about, but I enjoyed a pastry, cup of coffee, and a cup of banana yogurt. I have no idea how they make natural banana yogurt, and I must admit that it was pretty tasty, but something tells me it has similar ingredients as laffy taffy. We got ready and walked with the son of the man who runs the home to a water taxi that he had hauled for us. He speaks very good English and I wish that we had more time to get to know him. We sat and talked about Mac computers for awhile when he saw me typing an update, but we didn’t get much further than that. 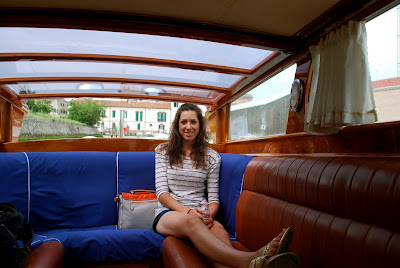 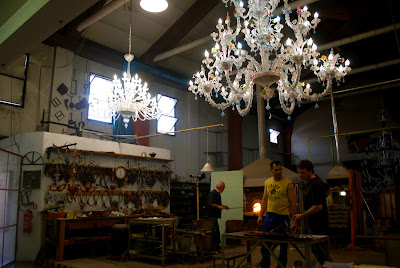 The water taxis are really great. It’s a personal boat, extended and built like a nice speed boat in the USA, but much more comfortable. The interior was beautifully decorated and finished with a beautiful wood. We rode over to Murano, just north of Venice. Murano was once a fishing port and salt producer, but has come to find its place as the home of high-quality glass. As we stepped off of the taxi we were greeted by an Italian man dressed in a very nice suit and the smile of a salesman. We sat down in the workshop and watched as three masters of glass worked on a chandelier project right in front of us. I have said, “incredible”, “amazing” and “beautiful” a lot lately, but this was incredibly amazing and beautiful. These men worked with hard, rough hands and dressed as though they were in a factory, but crafted the most magnificent pieces of artwork that I’ve seen on this trip. After watching them blow the glass and make a horse-shaped piece of glass in a matter of seconds, we moved into the show room where I drooled over all of their finest pieces. It was clear from the start that this experience was meant for someone with a disposable income, as starting prices for many pieces were around $500,000.00. We made it pretty clear from the start that we were not able to afford these items just yet, but were shown the entire tour and at the end a special nudge was taken to the souvenirs section, which featured smaller items under 50 euro. I glanced at a wall of photography and noticed Mike Tyson, Sandra Bullock, and dozens of other famous people that had flown into Murano just to get their glass work orders. It was beyond me to even consider spending that amount of money, but I assured our host that if I ever needed a chandelier I’d consider them first.  After our tour, we sat out on the pier and waited on a water taxi while sorting through some area that was filled with beach glass. I started writing in my notebook and took my first shot at drawing what was in front of me. As I impatiently stood around like a typical American, I wondered to the edge of the dock and spotted a large bin of broken pieces of glass, crystal, and many beautiful pieces that were obviously of no use anymore. I ran my hands across the top and realized this was the garbage of a multi-million dollar glass business. I swallowed my pride, picked out a few pieces, and could finally say I had some Murano glass. I looked towards the end of the pier and saw Bethany gazing into the water. She spotted some sea glass, which is usually very smooth and beautiful from the water and long periods of time. In a matter of seconds, her shoes were off and she was under the pier looking for shiny objects. I’m sure a few people judged us for our “creative adventures” but I’d say it was well worth it. 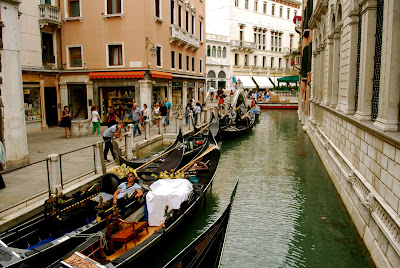 When we got back to Venice, we explored the many areas, including St Marks Basilica and some of the other museums and highlights of Venice. Unfortunately, after being absorbed by the history in Rome, we needed some down time so we paid our respects and headed onward. We checked out local shops, browsed through the countless stores of glassworks, theater masks, and beautiful leatherwork and I stumbled upon an amazing grab bag of Haribo gummi candies for 5 euros. We ate a simple lunch of fresh fruit from a local grocery store and sat on the bridge talking while enjoying lunch. The remainder of the afternoon was spent on various vaporetto’s and long, winding walks around Venice. It was the most relaxed that I have felt in this entire trip. After an entire afternoon devoted to getting lost around the island, we ended up at a restaurant that offered wifi in order to find some housing in Paris, which is coming soon. We never found anything that got finalized, but did end up with a few leads. I spent most of the evening writing and drawing a light that stood next to a bridge connecting two lands near our home. My ability to express myself is growing more and more on this trip and I’ve come to realize how much I enjoy writing and occasionally drawing. My family is incredibly talented with their hands but I’ve always been more of a strategic creative, focused on the process and implementation of creative outlooks, but not necessarily the production. 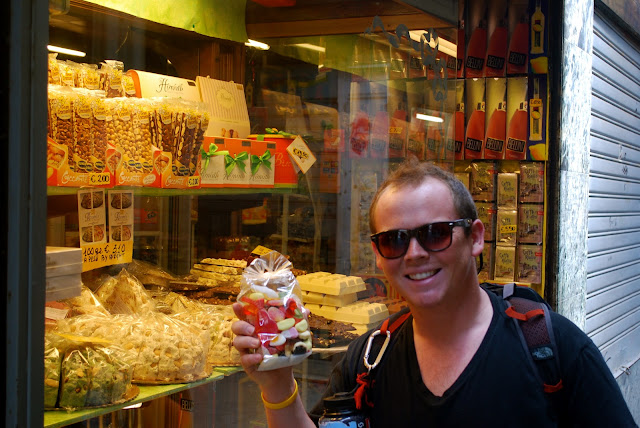