Living the dream has it’s risks, but I promise you haven’t even seen all of the rewards yet. This was the message i woke up too this morning after an evening of what felt too much like a nightmare. But the encouragement, wisdom, and truth in that statement helped shape today for what it was.Backtracking to yesterday, we arrived in Paris in the early morning via night train. The trip wasn’t bad at all, as I managed to sleep fairly well and woke up as we arrived in Paris, resulting in a 3-minute wake up to a transition. I met a great gentleman that helped me navigate to our housing (which had still not been confirmed at this time) and we hopped on the train system. We made a few wrong turns and were struggling without wifi, but made it to the noted building on our confirmation email. Now, fun fact, AirBNB will send you a confirmation email with as many details as they can, however you are supposed to connect with your landlord/house owner prior to coming to set up the logistics. Unfortunately for us, we had not had wifi since we finalized the plans, so we were going on a whim. The front door was left open and a construction worker showed up where our apartment was. Unfortunately a locked door and no key lead to a journey down the street to find free wifi. An email was waiting on me with details to get in, thankfully. After we got settled into our studio apartment, we cleaned up and headed out to see Paris. The plan was to explore the Latin Quarter, but ambition picked up and we walked through the Luxembourg Gardens, into the French Quarter, to the Notre Dame Cathedral,past the Louvre, to the Arc de Triumphe, through the shopping area, and ended up at the Eiffel Tower. It was quite the journey, but incredibly great! I did not know how many gardens and parks were available in Paris. I took a wonderful 15 minute nap outside one of the fountains before heading on. The evening was perfect, with the rain holding off, plenty of things to see, and the people watching is amazing here. It reminded me of New York City with the public transit, diversity of people, and loads of things to see and do. But at the heart of it there were many differences as well. People seemed to move slower, taking their time in restaurants, and obviously trying to stay away from the tourists.


When we arrived at the Eiffel Tower, we began the process of photo-taking, the epicenter of jumping photos and scrapbook memories. On the trip over, my standard 15-55mm lens had a piece split off of it that causes it to unmount from my Nikon D60 body very often. Unfortunately, that break expanded and made it nearly impossible to get a great photo. We played around with it for over 15 minutes and my jumps in the air got shorter and shorter. But the masses of people created a big distraction. We walked closer to the Eiffel Tower to get a better view, but hunger took its toll and we headed back towards the city to find dinner. On the way, I saw a bunch of men playing street games; it was a simple game with three pucks, one had a white bottom. The man would move the pucks around as fast as he could, flipping, tossing, and rearranging. Then he would stop and people could lay down money to guess which puck was white to get double the money. I watched for about 5 minutes, left for photos, but came back. I was convinced I had it down, as I always won the hidden ball/ fast moving hat competitions you see at sporting events.

Let’s just say my competitive edge took over. On a turn that I was 100% certain about, I pulled out a large bill, laid it down, and flipped the puck with confidence… it was black. I lost in an instant and couldn’t believe it. The man next to me couldn’t believe it as well as he was pulling his money out. To my right was a gentleman that had won over 5 times by waiting for the right moment, and even sneaking a look at the pucks when the dealer wasn’t looking. I followed his lead as he snuck a look when the dealer was grabbing someones money and again lost. Within moments, I had spent more than I had the entire day! I couldn’t believe how stupid I was! As we walked away, two young guys I met earlier in the day told me that the games are a scam. The pucks, when tossed a certain way, create a white glare that appears to our eyes but isn’t entirely there. And the guys that were winning constantly were hustling buddies that knew the system. They act like they are helping you win your money back, but are actually just trying to make the game look legit. I stood there feeling like an absolute tourist and idiot. I’d been hustled.

That’s a look at the game I played..

As we walked for food, I tried to shake off that feeling of disgust for trying to win an easy buck and headed to the ATM to get money out for dinner. My card was denied at 3 banks, which is when I knew something was up. We picked a restaurant with wifi and I logged into my bank account only to see over $2,000 in ATM withdrawals in the last 5 days. My mind raced and I tried to think of how it had happened. Was I getting a terrible exchange rate? Was I spending and not tracking? I crunched numbers for nearly an hour, gathering receipts and anything I had. Bethany checked hers to see the same spending pattern. Our card numbers had been stolen on the same day and someone was running around Rome withdrawing as much as they could every single day. My heart dropped. We rushed back home, battled the wifi, and ended up in a local bar calling via Skype to PNC. Our cards were cancelled, and it’s a matter of waiting for the disputes to discern if our funds will be returned to us from the bank. We headed home, sulked in the uncertainty, and got to bed around 2:30AM. Our hopes of heading to the French Open were seeming less and less likely. 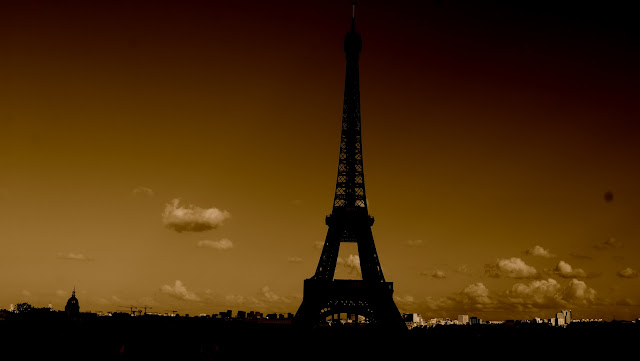