My time in Cannes, France has come to a close, but not without plenty of great memories, photos, new friends and colleagues, and countless opportunities to soak up all that is the Cannes Film Festival. The experience was hands-down one of the neatest things I’ve done in my life. From the short film corner conversations with young filmmakers looking to make it big, all the way up to the run-ins with celebrities like Zac Efron, Reese Witherspoon, P-Diddy, and more. I hope that I can return again to Cannes, 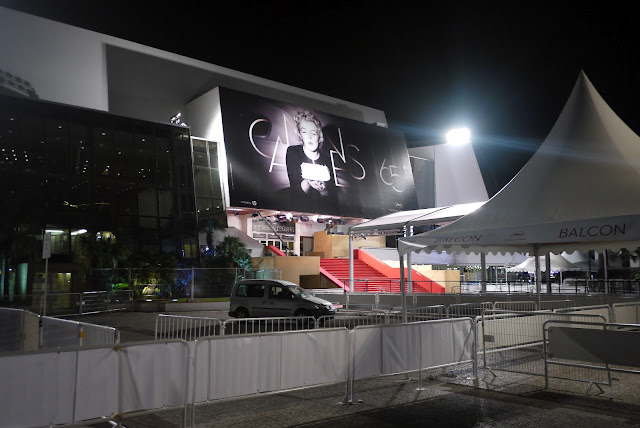 Our last day in France, we headed to Monaco, a small seaside country. that is less than 400 acres in size. Monaco has the world’s lowest poverty rate and the higher number of billionaires per capita in the world. We picked the perfect day, as it was the Monaco Grand Prix, a Formula One race event that shuts down all of the streets and brings hundreds of thousands of people out to watch the race. We made it to Monaco via the train in time to catch the last bit of the race. Hearing these amazing vehicles zooming by us was an adrenaline rush in itself. While we didn’t end up with a yacht pass (4000 Euros), we did manage to catch the raise and enjoy a good time.
Afterwards, some poor timing at the bottom of the coast turned into perfect timing as the roads opened up and we spent some time on the track before heading into the Monte Carlo casino (as seen on Casino Royale, Never Say Never Again, and GoldenEye) Our wagers were far from high but Matt was able to come out even, our “win” of the night. But the real winner was the gentleman I met at the slots, who won 4000 euro right in front of my eyes, and showed me the receipts for two other jackpots he had won over the course of the day. Unfortunately he wasn’t too interested in sharing the wealth for a young, adventurous backpacker like myself.
The rest of my evening was spent packing. Backpacking is quite the hassle, from start to beginning. I overpacked to begin with but still couldn’t manage to fit everything into the bag as it came. I think I will end up ditching some of my things along the way to make space and to avoid a hernia. The biggest hassle is my cameras, which would be very hard to actually ditch. The adventure to Italy has started and soon I will be city-hopping, hiking, and continuing the pursuit of living the dream daily.